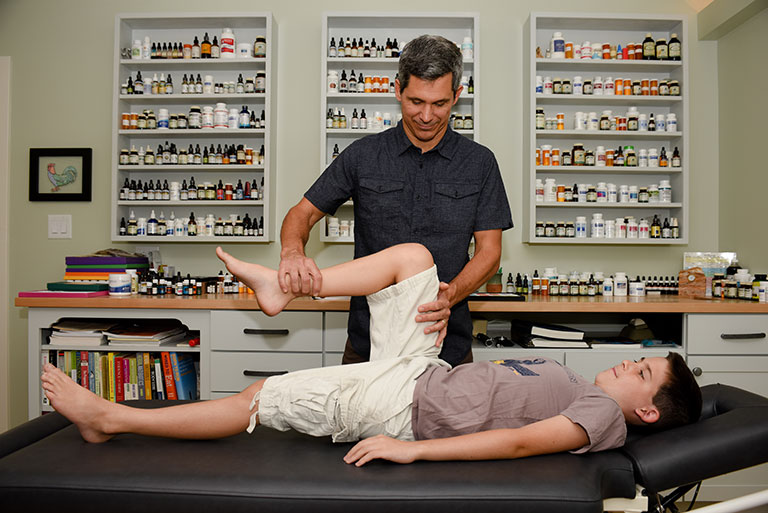 Systems Health Care uses basic applied methods and techniques that began their origins over 50 years ago. Applied kinesiology (AK) is a diagnostic system that is used to evaluate a person’s Triad of Health – Structural, Chemical, and Emotional. AK doctors are licensed to diagnose physicians who are most often chiropractors, although some medical doctors, dentists, psychiatrists, and other healing physicians practice applied kinesiology. AK was founded by Dr. George Goodheart, a chiropractor, in 1964.

AK employs muscle testing with other standard methods of diagnosis. This is very important to understand as many people perform muscle testing, such as an “arm pull-down test” or other various modifications of muscle testing, to diagnose what may be going on with a person’s health. This type of muscle testing is often misused and an oversimplified type of testing which is not AK. Manual muscle testing (MMT) is a form of biofeedback and is a vital assessment tool as a diagnostic mechanism to evaluate a patient. Proper MMT involves a sensory component (input) and a motor component (output) often in addition to other physiological variables such as olfactory, gustatory, mechanoreceptor and other “challenges.” Manual biofeedback in the form of muscle testing provides for a real-time testing to properly monitor and evaluate the patient’s nervous system response and changes via the dynamics of the musculoskeletal system. A specific MMT evaluates the status of the anterior horn motor neuron pool and is determined to be either facilitated (“strong”), conditionally inhibited (“weak”), or over-facilitated (unable to inhibit or “over-strong”).This process, along with a thorough patient history, including both orthopedic and neurological testing and often laboratory work, is necessary to achieve a thorough understanding of a person’s health problems and how to best deal with them. Muscle testing is an art – knowing what the muscle response (or lack thereof) indicates, is the science.  Muscle testing performed without other forms of evaluation or by an unskilled practitioner is typically no better than a psychic reading.

AK is diagnostic; it is not a treatment procedure. A skilled AK doctor will employ various treatment methods such as chiropractic manipulation, cranial techniques, myofascial release or trigger point therapy, acupressure, nutritional or dietary changes/counseling, exercise therapies and emotional techniques as well as other procedures to help the patient restore their health. The treatment is tailored to fit the patient based off the findings during the examination.

Applied Kinesiology should not be confused with kinesiology, which is the study of body movement. Additionally, there are over 100 other forms of “kinesiology” in the healing arts which are not consistent with applied kinesiology beliefs and methodology. Additionally, close to half of all chiropractors in the US state that they use some form of AK in their practice. Often these physicians are using a general muscle test to determine if a bone needs to be adjusted, or they are performing some other form of kinesiology that is not consistent with the International College of Applied Kinesiology.

It is also of interest that the vast majority of medical professionals think that applied kinesiology has no scientific basis; a statement that could not be further from the truth. There are over 100 articles on AK published in peer-reviewed journals. Muscle testing, as practiced by a skilled physician, is part of the neurological examination; it is not energy medicine.